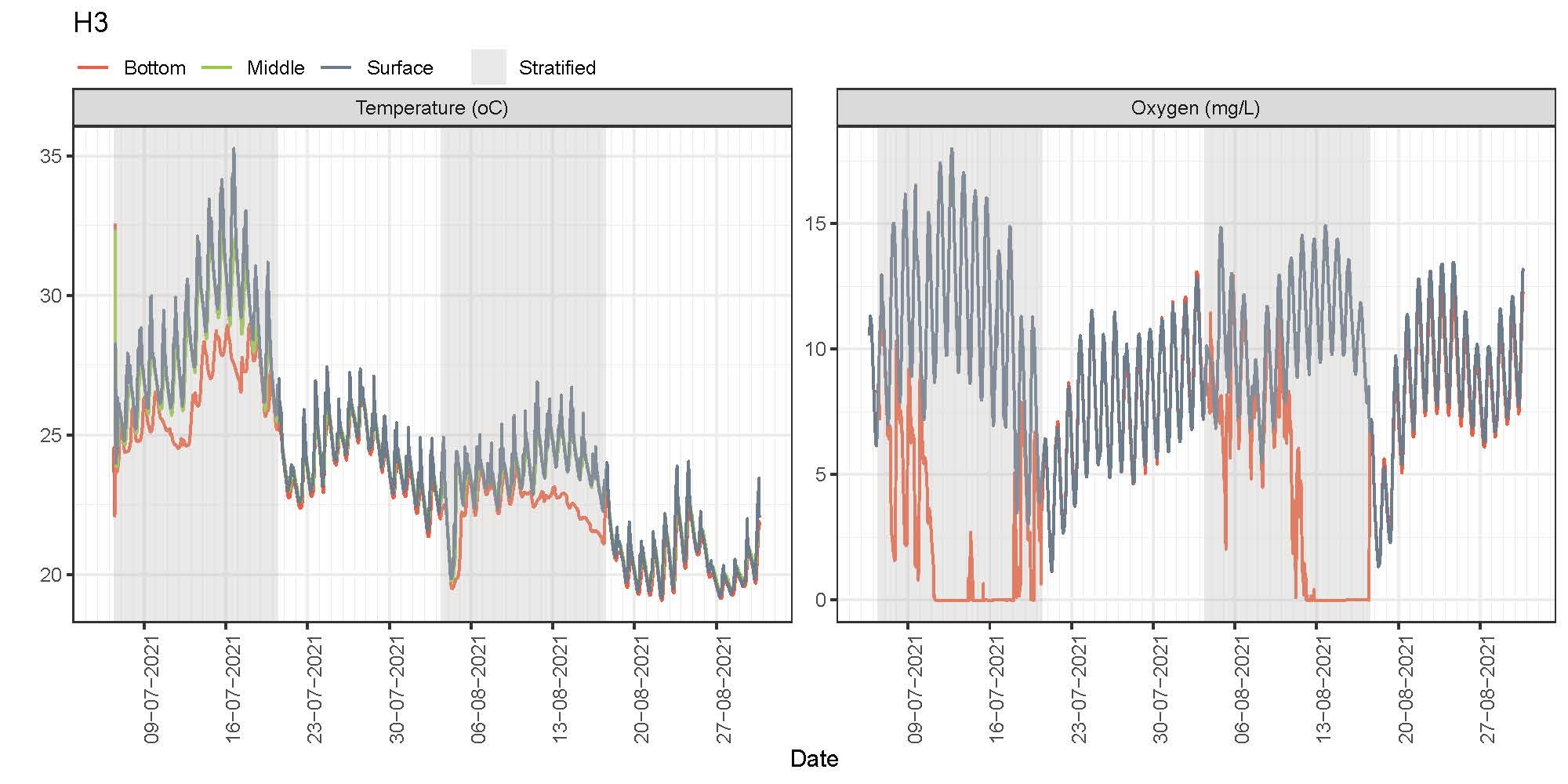 Please allow me to introduce the Lake (maybe should be pond) Warming Mesocosm Experiment (LWME) which has been running at the department of Ecoscience at Aarhus University since late 2013. The experiment is part of the AQUACOSM plus network, but also contributes data to a number of other projects, not least PONDERFUL. The experiment consists of 24 land based mesocosms with six treatments with two different nutrient levels crossed with three different temperatures. The project is designed to investigate how nutrient enrichment interacts with the warming associated with climate change and it has proved very valuable in this respect. However, climate change does not only change average temperatures but also lead to more frequent and intense heatwaves. This in turn will lead to more temporary stratification of shallow lakes and ponds – something that a few years ago was considered rare but may be more common that we think. 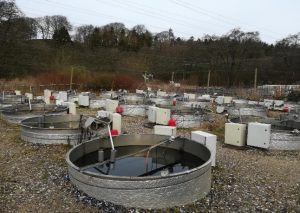 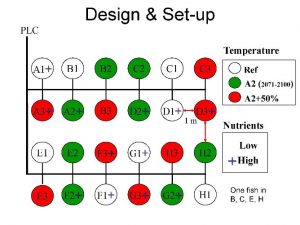 To investigate how these heatwaves will affect the ecology and biogeochemical processes in shallow lakes and ponds we carried out a two-month experiment at the LWME: Here we simulated a heat-wave induced stratification event lasting two weeks, followed by two weeks of mixing, this four week cycle was carried out twice meaning the whole experiment lasted eight weeks.

After collecting the last ‘before samples’ on July the 6th we turned off the mixing paddles and raised the heating elements of the tanks and turned up the heat to induce stratification in the 24 mesocosms for two weeks. There followed an intensive sampling campaign as whilst we have sensors to measure temperature and dissolved oxygen (both in the surface and bottom waters), pH and chlorophyll, all other samples were collected by hand. There was an extra challenge, as we needed to sample both surface and bottom waters of each mesocosm during the stratified periods. For this we used a purpose built ‘Audet’ sampler which you can see displayed by the experiment ‘boss’ Eti Levi, allowing us to draw samples up from the bottom waters without disturbing the stratification. This doubled the number of samples to collect compared with our ‘normal’ sampling regime. In total over the 8 weeks we sampled 6 times in the stratified phases (288 sampling units) and 8 times in the mixed phases (192 sampling units). We sampled a range of parameters including water chemistry, chlorophyll-a, green house gas concentrations, methane bubble fluxes, dissolved organic carbon and the quality of the dissolved organic matter (cDOM and fDOM), bacterial abundance and composition, microcystis abundance, plant abundance and zooplankton and there were additional studies looking at process rates of denitrification and DOM degradation. So we were kept very busy which you can see here.  Luckily, we had great guest researchers from Germany, Estonia, Turkey, Kazakhstan and the USA to help with the experiment, which was made possible by a total of 127 days funding from the AQUACOSM plus project. The intensive effort was only possible thanks to such a great team but also thanks to an excellent, if sometimes a bit tough, experiment boss. We at the lake group AU would like to thanks you all for such great efforts but also for making the experiment a lot of fun. 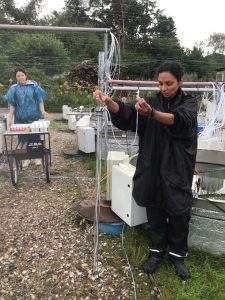 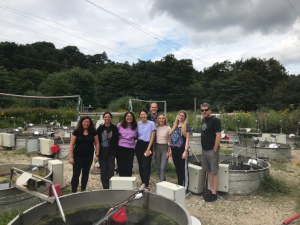 The huge number of samples collected means we are still working on the data and still have some time until the results are ready for publication. We are, however, happy to show that through the plots of temperature and oxygen from selected tanks show that thermal stratification occurred and in some cases resulted in total anoxia of the bottom waters. We should be able to show clearly how stratification interacts with ecological status, nutrient enrichment and background temperature. 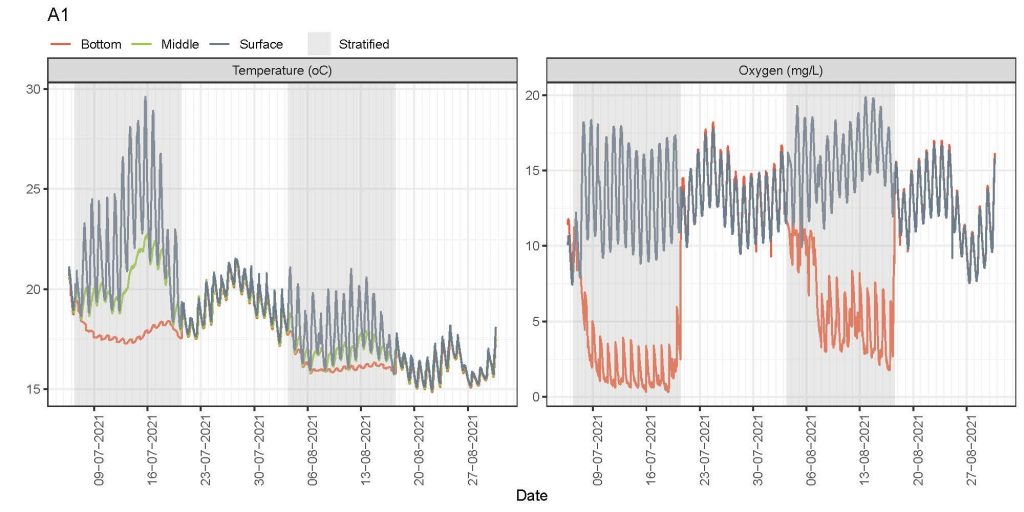