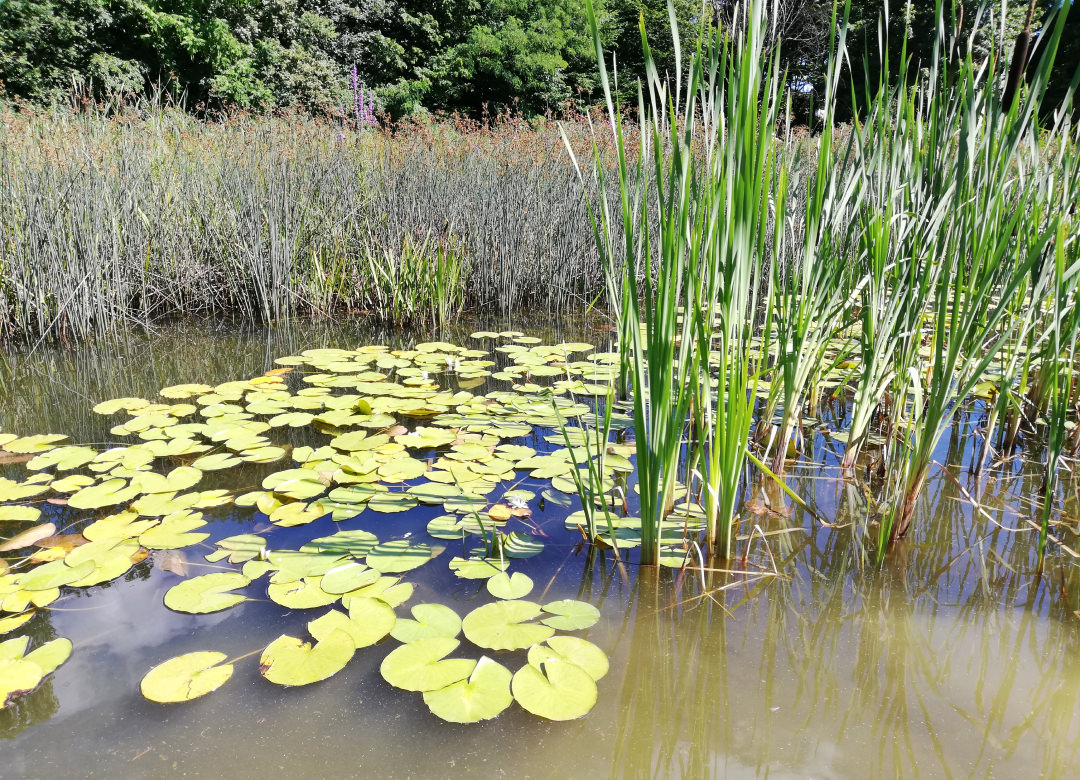 Here we quickly review some recent research and events of general interest for freshwater ecologists that caught our eye over the last 6 months and got us thinking – or suggested some practical actions we could take.

Researchers in the Western Balkans – Albania, Bosnia and Herzegovina, North Macedonia, Montenegro, Serbia and Kosovo – have recently brought together a series of studies on small waters which includes a range of new information on ponds with the papers emphasising the relatively low level of knowledge with reports focussed mainly on fairly simple descriptive studies. The reports describe the use of ponds and other small waters by large branchiopods, algae, amphibians and leeches as well as dealing with specific protected ponds types including Mediterranean temporary ponds. A common theme is the richness of the area’s freshwater biodiversity and the vital role played by smaller running and standing water habitats in supporting this biota which is still poorly known.

In France, work on what Frédéric Labat and his colleagues call small shallow lakes, which in fact seem mostly to be in the pond size range (their objective was to focus on waterbodies below the WFD 50 ha cut-off), is interesting in providing new information on the aquatic plants in reference quality ponds. In their paper ‘Principal Determinants of Aquatic Macrophyte Communities in Least-Impacted Small Shallow Lakes in France’ they conclude that the main drivers of community composition and richness are geology, proximity to rivers, surface area and climate.

Outside Europe, new information on ponds is adding to the evidence-base about the richness of the habitat. Due to be published in January 2022, Junyao Sun and colleagues working in southern China found that ‘ponds supported the highest species richness [of wetland plants], followed by lake, ditch, river and reservoir, with disturbed ponds the least’. Echoing earlier studies in Western Europe they concluded their results emphasized the importance of maintaining the diversity of different waterbody types in the landscape.

In another part of Asia, a recent multi-media paper takes a novel approach to describing ‘Tropical Asian mega-delta ponds: Important and threatened socio-ecological systems’. Created by Heather Moorhouse and her colleagues the paper is interesting for several reasons. Elsewhere in Asia, ‘An Introduction to the Ponds of Indian Sundarbans – An Essential Socio-Ecological System’ edited by Sourav Das, Abhra Chanda and Tuhin Ghosh provides an ecosystem-services based analysis of this region which they say supports ‘millions of ponds’.

“Riparian zones, wetlands and floodplains [all identified as examples of nature-based solutions] throughout river catchments provide habitats for wildlife, improve carbon storage and natural flood protection, regulate water temperatures, increase water purification and [provide] recreational value (I think they forgot the apple pie and motherhood from the list of benefits!).

“Riparian strips along rivers can provide corridors for wildlife and buffer pollutants and flooding.”

Whilst statements like this are always to some extent true, just writing them implies that these are also effective solutions, but whether they really are is much harder to describe in short attention grabbing sentences. Most readers of these notes will be only too aware of the limitations of many nature-based solutions but can’t find the way to say this. Indeed nature-based solutions are often really nature-based compromises: what might work for one ‘solution’ (like treating pollution) often reduces the value of another ‘solution’ (like biodiversity). Taking a specific example, PONDERFUL participants will immediately see the limitations of buffer strips, a good example of which was highlighted by the work of one of our guest speakers at the launch of PONDERFUL on buffer strips (Lenore Fahrig).

Away from work dealing specifically with small waters, three important reports caught the eye of the PONDERFUL team suggesting important innovations for the protection and management of freshwater biodiversity.

First, the benefits of managing land and water simultaneously. In Finland an important study by Mikko Tolkkinen and colleagues on ‘The importance of riparian forest cover to the ecological status of agricultural streams in a nationwide assessment’ has shown the extent of forest buffer zones needed to protect rivers. On small and medium sized streams, when the amount of forest in a zone up to 50 m from the watercourse increased from 10% to 60%, stream ecological quality increased by almost one Water Framework Directive class. Conversely, whilst it comes as no surprise that the effect didn’t occur on larger rivers, it’s good to have a high quality dataset confirming this. They conclude that the positive effect of forested buffer zones on river ecological status is an important message to environmental managers and policy makers. It is worth noting that 50 m wide buffer strips on either side of a water course in agricultural areas is much more than is seen in most European agricultural landscapes.

The importance of landscape intensification is well-known in the northern hemisphere with modest catchment intensification (<5% for urban land, <20% for conversation to farmland) leading to freshwater degradation – usually measured on rivers. Now it seems that much the same is true in Amazonian Brazil where the work of Renato Martins and colleagues on ‘Low forest-loss thresholds threaten Amazonian fish and macroinvertebrate assemblage integrity’ shows just how little forest cover needs to be removed to start damaging freshwater assemblages.

The need for more and better evidence of the effects of work to reverse losses of freshwater biodiversity needs continuous emphasis. Work by Christopher Guy and colleagues, emphasises one of the problems of protecting freshwater biodiversity: lack of information about the rarer species which are simply hard to find and study. In their report ‘A paradoxical knowledge gap in science for critically endangered fishes and game fishes during the sixth mass extinction’ they analyse this problem for one of the best studied freshwater groups – fish.

Finally we turn to John Downing and colleagues who have made an interesting case that ‘Protecting local water quality has global benefits’. Their approach, based on the avoided costs of methane emissions from polluted lakes, may be worth repeating for ponds. In a case-study of the well-studied (and very large!) Lake Erie they found that the global value of avoiding eutrophication exceeded local values of either beach use or sport fishing by 10-fold.

Last, we return to an important reminder of the pervasiveness of small stream pollution. The prolific German team working for many years on pesticides, headed by Matthias Liess, has published a series of recent studies on the effects of pesticides on small streams. We mentioned the impact of pesticides on small streams in the previous PONDERFUL newsletter and return to this work again: in a paper published in August 2021, Liess and his colleagues contend that, at least in Germany, pesticides are the dominant environmental stressor on sensitive invertebrates in small streams, with most agricultural streams having a reduced number of pesticide vulnerable species. They conclude this is due to risk assessment processes not being sufficiently rigorous.